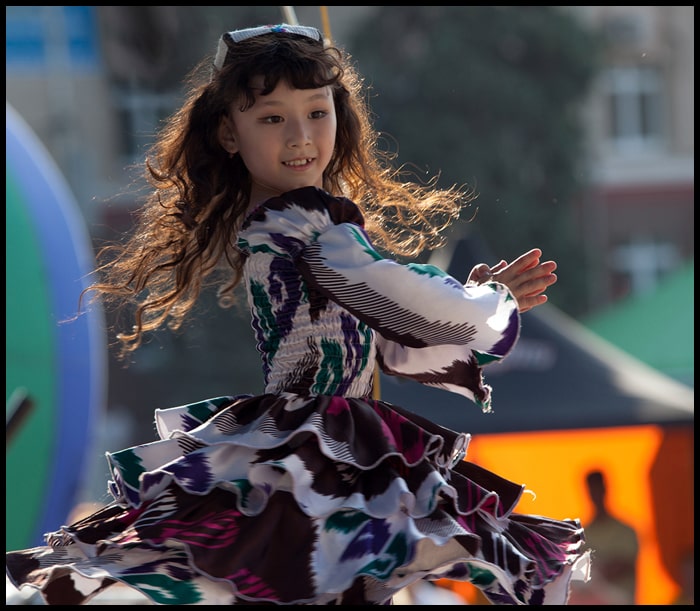 Day 1: Tashkent
Upon arrival, our guide will meet you at Tashkent airport and transfer you to the capital of Uzbekistan. Today you will discover the capital city of Uzbekistan together with guide. City tour will be full of attractive sightseeing in Tashkent. We will start excursion from Independence square that is known as the main square of the country, that was made as a symbol of victory over fascism in World War II. Then you will take a short walk to Amir Timur Square through the beautiful Broadway. After it you will enjoy the ride on Tashkent subway. That is known as one of the most beautiful subways in the world. Next significant places are Chorsu Bazaar, Kukaldash Madrasah and Hast Imam complex, which includes many madrasahs, mosques and mausoleum. The most interesting treasure in tours to Uzbekistan is Othman Quran which is considered to be the oldest copy of the holy Quran of the 8th century. The holy book was owned by Othman Ibn Affan. Even today its still possible to see blood on the book. He was assassinated by his enemies in 8th century. You will spend night in the hotel.

Day 2: Tashkent - Termez (morning flight)
The morning flight will take you to travel to Termez. During the tour you will know that it is one of the ancient cities of Central Asia. Here you will see the historical sight in modern city that will show you the history of those days. The cultural heritage that was developed from the inception of the city was completely destroyed by Genghis-Khan in 1220. It is interesting to know that new city appeared to the east of the old town. In course of the tour you will enjoy interesting travel by visiting prominent t sights as Archeological museum, Fayaztepa, Mausoleum of Hakim at Termezi, Buddhist Stupa Zurmala, Mausoleum Sultan Saodat, Honako Kokaldor Ota, Nunnery Kirk Kiz, Jarkurgan's Minaret, Dalverzintepa archeological dig (some sights might be closed due to military trainings). Overnight is in a hotel.

Day 3: Termez - Shahrisabs - Samarkand (390 km, 7 hours)
Today you will enjoy the tour to the birthplace of Amir Timur. The Shahrisabs town will impress you by its Ak Saray Palace. This breathtaking sight was built by Amir Timur and has written on the main portal that says: "If you want to know about our power, look at our buildings".  Jahongir mausoleum was made in honor of the eldest son of Amir Timur, who died in battlefield at the age of twenty. The ruler was inconsolable for a long time (many say that his grief has lasted for 30 years). And the other significant parts of the tour are the Dorus Siadat and Dorus Tillavat memorial complexes that were used for burial of all descendants and relatives of Amir Timur. After excursion you will drive to Samarkand. Night is in a hotel.

Day 4: Samarkand
You will start your exploration in next destination of the tour in Uzbekistan. The mysterious city Samarkand can be found in the valley of the river Zerafshan. Samarkand is one of the oldest cities, coeval with Babylon and Rome and the second biggest city of Uzbekistan. During the travel you will visit the most outstanding sights of the city like Registan square, Shakhi-Zindeh, Mausoleum Guri Emir and Bibi Khanum Mosque. Registan square consist of three amazing madrasah buildings that make you admire its beauty. The history of this prominent sight goes to 15th-17th century. Complex of Shakhi-Zindeh covers the large assemble of mausoleums which were built during 11th-15 centuries. Next is the Guri Emir Mausoleum and Bibi Khanum Mosque. Tamerlane built Bibi Khanum Mosque for his favorite wife after he came back from victorious Indian invasion.  Night will be in a hotel.

Day 5: Samarkand - Tashkent (train)
In course of the tour you will explore the other part of the city. The first of which will be Ulughbek observatory. It was made by local leader and scientist Ulughbek in the 15th century. Due to this sight he created catalog called "Zidji Guragoni" (1437) that contain information of 1018 celestial bodies.Unfortunately, he was killed by his own son. After the observatory, you will see local Broadway that is known due to the workshops, teahouses, souvenir shops and sweets. The oriental bazaar Siab will show you the beautiful Uzbek traditional products. Afternoon train to Tashkent. Night is in a hotel.

Day 6: Tashkent - Flight
In the morning, your guide and driver will accompany you to the airport for next adventures.

Service does not include:
- Visa
- Full board
- Travel insurance
- English speaking guide
- Entrances to all museums
- Flight Tashkent - Termez from 80 $