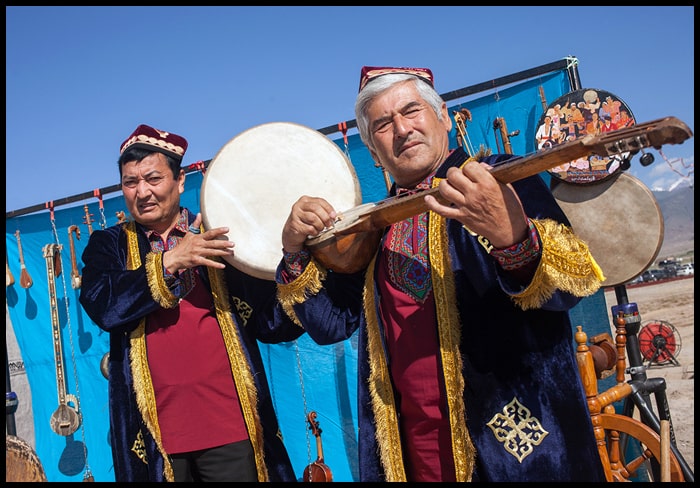 Day 1: Tashkent
Arrival to Tashkent international airport. The drivel will meet you and transfer to a hotel. Rest is in a hotel.

Day 2: Tashkent - Bukhara
In the morning is flight to Bukhara. On arrival you will have a city tour and visit citadel in Bukhara originated in the 4th century - Citadel Ark. It ruled several dynasties of Bukhara Empire. Then you will see Samanids mausoleum which is deliberated to be a great masterpiece of architecture of 9th-10th centuries. Then we will visit Chashma Ayub or Job's well and Bolo Hauz mosque. It has forty columns dedicated to Bukhara governor Abu Fayud Khan. On the way you can walk along shops as well as see the most famous madrasahs of Bukhara called Nodir Divan Begi which belongs to Lyabi House Ensemble. In the end of day, you can visit the Poi Kalon complex which has three structures built in the 12th -16th centuries as Kalon minaret, Kalon mosque and Mir Arab Madrasah. Overnight is in a hotel.

Day 3: Bukhara - Samarkand
In the morning you will travel to Samarkand by train. On the way you will have a city tour Samarkand. It is important to note that Samarkand is located in the valley of the river Zerafshan and it is the second largest city of Uzbekistan as Babylon or Rome. We will the famous Registan square, Shakhi Zindeh, Mausoleum Guri Emir and Bibi Khanum Mosque. Registan Square is the spectacular complex which has amiable Madrasahs dating back to 15th-17th centuries. Shakhi Zindeh is famous for a big collection of mausoleums of the 11th-15th centuries and also comprised into UNESCO World Heritage Site. Bibi Khanum Mosque is out-and-out to beloved Tamerlane's wife, after his successful tour in India. Overnight is in a hotel.

Day 4: Samarkand - Tashkent
Today you will be transferred to Tashkent by train in the morning. We will visit Independence square. It is a symbol of victory over fascism in World War II. We will walk among the local Broadway which is located between Independence square and Amir Timur square. Later on, you will have the chance to visit the famous Tashkent metro opened in 1977 and reflected to be famous among travelers. You can visit Chorsu Bazaar, Kukaldash Madrasah and Hast Imam complex that has numerous madrasahs, mosques and mausoleum. See the famous Othman Quran as the world's oldest Quran copy of the 8th century. Transfer to a hotel.